Methane is a well-mixed greenhouse gas, so reducing global sources will benefit the Arctic. It exerts a much stronger warming on the atmosphere than CO2, but has a much shorter lifetime in the atmosphere; 12 years compared to 100 years. Therefore, reductions in methane, whether from Arctic or non-Arctic States, can mitigate near-term warming of the Arctic.

The Arctic Council's work on black carbon and methane

Prompted by the climate impacts of black carbon and methane emissions, the Ministers of the Arctic Council adopted “Enhanced Black Carbon and Methane Emissions Reductions: An Arctic Council Framework for Action” in April 2015.

In the Framework, Arctic States commit to:

Summaries of Progress and Recommendations 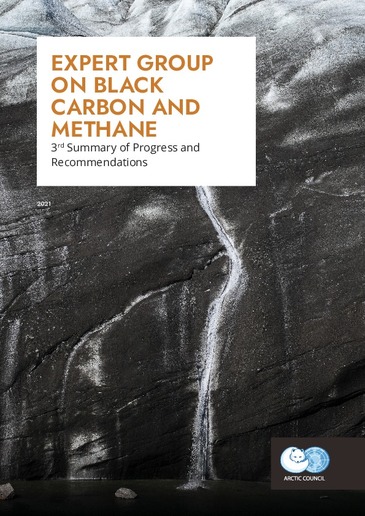 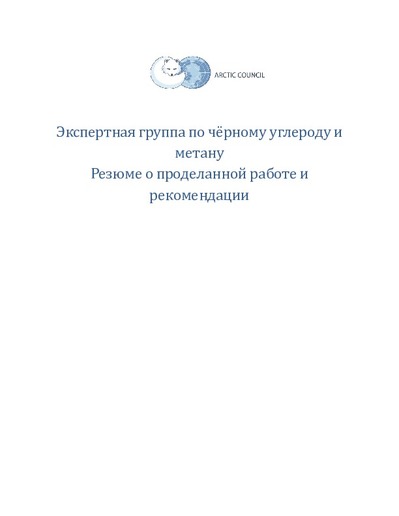 Expert Group on Black Carbon and Methane; Summary of Progress and Recommendations 2017

About the Expert Group

To help implement these commitments, the Framework established an Expert Group on Black Carbon and Methane. The Expert Group was tasked with developing a biennial “Summary of Progress and Recommendations” based on the national reports and other relevant information. These reports are submitted through the Senior Arctic Officials to Ministers at Arctic Council Ministerial meetings.

The Expert Group delivered its first Summary of Progress and Recommendations to the Arctic Ministers at the 10th Ministerial meeting in Fairbanks, Alaska, USA, in 2017 and its second at the 11th Ministerial meeting in Rovaniemi, Finland, in 2019. In developing recommendations for its Summary Reports, the Expert Group sought to identify a focused menu of priority actions from which Arctic States could select – based on their national circumstances and recognizing the need for economic development of Arctic communities. These priority actions include recommendations on how to reduce emissions from

Black carbon and methane emissions and their effects on the terrestrial and marine Arctic environment and human health has emerged as a cross-cutting theme across Arctic Council Working Groups. Experts from these Working Groups are covering aspects of the issue and are working together to contribute to a better understanding of the issue at large.