"AMAP is a part of the knowledge production and it is extremely important that the knowledge that is produced by a large number of scientists reaches decision makers and forms the foundation for the policy development that is taking place in the Arctic Council and the Arctic countries."

Could you tell us something about your background and how you became Chair of AMAP?

I have been engaged in environmental and climate change issues for a long time, and since the 1990s I have been working at the Ministry of Environment in Stockholm. Between 2001 and 2011 I was the head of the Swedish delegation to the United Nations’ climate change convention negotiations, where I was chairing various Working Groups within the EU and the negotiations. That is my background and also my particular interest, which I think this is why I am here today as the new Chair of AMAP.

Can you share a memorable Arctic experience with us?

I have a strong feeling for the Arctic wildlife. Not least the birds since I’m a birdwatcher. I have a particular feeling for walruses after once having been surrounded by them in a small boat. That was very specular. Beside the wildlife and nature, I find the culture of the people living in the Arctic very interesting. It is important to communicate their vulnerability to the world and to consider their interests when designing policies for the Arctic region.

What inspires you about AMAP’s work?

AMAP is a part of the knowledge production and it is extremely important that the knowledge that is produced by a large number of scientists reaches decision makers and forms the foundation for the policy development that is taking place in the Arctic Council and the Arctic countries.

What are your ambitions as new AMAP Chair?

When I look at AMAP I see an organization with a very strong base of credibility. Its reports, its great communication of the repots in form of summary for policy makers, is something I want to build on. AMAP of course has to develop as the political landscape changes and as the Arctic itself is changing. But I think AMAP should first and foremost develop its strength, which is to be the interrogator between the scientific community and the political decision makers.

What are some of the ACAP projects we should keep an eye on over the next two years?

We have an ambitious work plan and its difficult to pick amongst those projects. Time will reveal what is most important. Climate change will undoubtedly be an important topic. But also the work we are going to do on plastic pollution, chemicals and health related issues and we will continue to work on radioactivity, ocean acidification and so on. One of the challenges will be to manage this very ambitious agenda of AMAP. 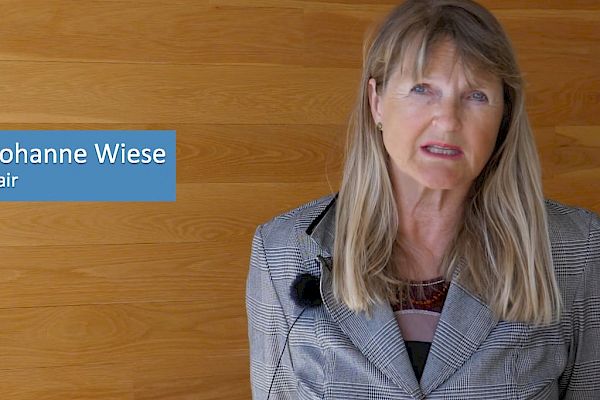