On 29-30 June, the Arctic Council will convene virtually and in Moscow for the first executive meeting during the Russian Chairmanship (2021-2023). During the meeting, delegates will discuss plans for the action items outlined in the Reykjavik Declaration and initial work to implement priorities of the newly adopted 2021-2030 Strategic Plan. Both documents were adopted by the Ministers of the eight Arctic States during the 12th Arctic Council Ministerial meeting in May 2021. The Senior Arctic Officials and Permanent Participant Heads of Delegation will also be briefed on the new work plans of the six Working Groups and Expert Group as outlined in the Senior Arctic Officials’ Report to Ministers, as well as priority initiatives and side events to be considered during the Russian Chairmanship. 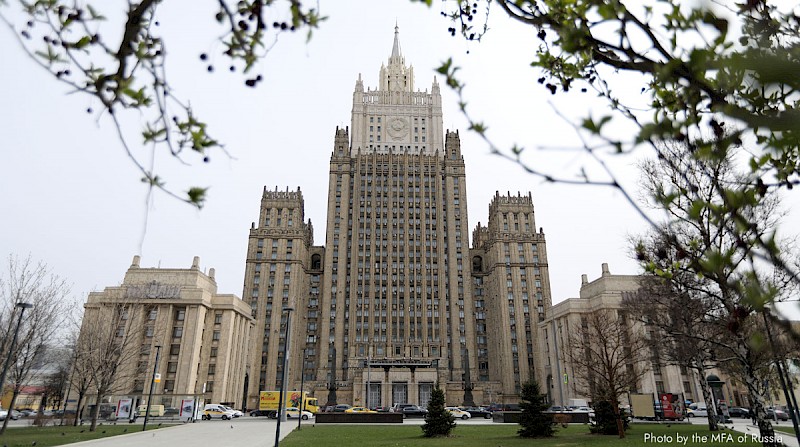 The overarching theme of the Russian Chairmanship is “Responsible Governance for Sustainable Arctic” with the goal of promoting collective action for the sustainable development of the region, enhancing synergies with other regional platforms and implementing the Council’s Strategic Plan. The Chairmanship will focus on four priority areas: Arctic inhabitants and Indigenous Peoples, environmental protection and climate change, socioeconomic development, and strengthening the Arctic Council.

“The Russian Federation assumes the Chairmanship of the Arctic Council during a special time, 25 years after its establishment and following the newly adopted Strategic Plan, both of which provide an opportunity to take stock and move forward on the basis of our shared goals and objectives," said Ambassador Nikolay Korchunov, Chair of the Senior Arctic Officials. "Throughout the Russian Chairmanship, we are committed to actively fostering peaceful, progressive, and sustainable development in the region and strengthening cooperation among Arctic States, Indigenous Permanent Participants and Observers.”

A brief overview of the Russian Chairmanship program follows.

Arctic people and Indigenous Peoples of the North

The Russian Chairmanship’s primary focus will be on enhancing sustainability, resilience and viability of the Arctic communities. This includes enhancing climate change adaptation measures and improving the wellbeing, health, education and quality of life for Arctic inhabitants. Promotion of scientific, educational and cultural exchanges, tourism and contacts between peoples and regions will also be high on the agenda. Special attention will be given to the preservation and development of linguistic and cultural heritage of Indigenous Peoples of the Arctic and youth cooperation across the borders.

Taking into account rapid climate change in the Arctic, the second priority of the Russian Chairmanship will continue to support efforts to mitigate the negative effects of climate change, increase adaptation and ensure resilience to its consequences. Focus will be placed on the preservation and restoration of the environment, sustainable use of natural resources, maintaining the health of the Arctic ecosystems and preserving biodiversity. The Chairmanship program will promote the introduction of innovative sustainable technologies to industries such as the transport sector, infrastructure and energy, including the use of renewable energy to improve Arctic inhabitants’ standards of living.

A condition for the wellbeing and prosperity of the Arctic is sustainable economic development. The Russian Chairmanship will further promote constructive economic cooperation in the region, including the development of reliable energy infrastructure, sustainable transport routes, telecommunication systems and food production, as well as improving the conditions for sustainable investment flows and encouraging innovation, entrepreneurship and business financing.

The Russian Chairmanship will continue promoting the Arctic Council as the leading forum for international Arctic cooperation. It will focus on increasing the effectiveness of its Working and Expert Groups, developing mechanisms for financing the Council's activities and engaging with the Council’s Observers and other partners to enhance their meaningful and balanced engagement in the Council’s activities. The Chairmanship will also place focus on furthering international scientific cooperation.

More information about the Russian Chairmanship program can be found here.