The work that led to the Arctic Council’s new Marine Mechanism - an interview with Jóhann Sigurjónsson, Co-Chair of the Council’s Task Force on Arctic Marine Cooperation

In September 2020, the Arctic Council launched a new marine cooperation initiative: the Senior Arctic Officials’ based Marine Mechanism (SMM). The five week webinar series brought together marine experts from across the Arctic Council network – including the Arctic States, Indigenous Permanent Participants, Working Groups and Observers – for virtual discussions on how to improve the coordination of marine issues within and beyond the Arctic Council. We spoke to Jóhann Sigurjónsson, Co-Chair of the Council’s Task Force on Arctic Marine Cooperation (TFAMC) – phase one and two – about the work that led up to the SMM. And, we asked him if the webinar series matched his expectations.

Could you briefly outline the work that TFAMC I and II carried out?

During the United States’ Chairmanship of the Arctic Council from 2015 to 2017, the newly established TFAMC was tasked to consider and develop ideas on how Arctic marine cooperation could be enhanced in face of rapid changes and reduced ice coverage in the Arctic Ocean. One of the main questions was whether the issue was addressed adequately within the existing organizational structures. So, the work of the Task Force focused on gathering information and reviewing the present structures of Arctic Council activities related to marine cooperation.

Based on this analysis, we identified nine current and future functional needs that would assist the Arctic States and Permanent Participants to fulfil their role as principal stewards of the Arctic marine environment. These needs included the possibility to integrate stewardship approaches across sectors and jurisdictional boundaries, to strengthen the science-policy interface and the integration of scientific knowledge and traditional knowledge.

The TFAMC II continued this work with a renewed mandate under the Finnish Chairmanship from 2017 to 2019. At first, we were requested to develop the terms of reference for a potential new subsidiary body that could act as focal point of Arctic marine cooperation. However, in 2018 it became clear that there was not sufficient support to establish such a body. Instead, TFAMC II was requested to further analyze how additional improvements of current structures, of for example the Council’s Working Groups, could meet the identified functional needs.

In order to strengthen discussions and coordination of marine matters within the Arctic Council, it was suggested to create a special platform. The Senior Arctic Officials based Marine Mechanism was set to ensure that marine coordination would be a continuous topic on the Arctic Council’s agenda and TFAMC made recommendation regarding the new platform’s format, functions, participation and frequency of meetings.

From the outset, the Task Force worked towards a solution that would deal with the topic within the Arctic Council structure. However, some initial discussions questioned whether a separate international body, legally or non-legally binding instrument, was needed – something along the lines of already established regional seas programs in many other ocean areas. Neither these suggestions, nor the idea to establish a dedicated subsidiary body on marine affairs within the Arctic Council gained sufficient support from the delegations. Thus, the solution was to establish the SMM and to give a set of recommendations for complimentary enhancements that were believed to meet most of the nine functional needs identified by the Task Force.

One of the recommendations of TFAMC II was to establish the SMM to coordinate marine issues in the Arctic Council. How did the experts of the Task Force come to this conclusion?

As indicated above, there was not full consensus among delegations towards adding new structures to address marine questions. However, there was a general consensus towards the need to strengthen marine cooperation. The idea to establish the SMM in order to enhance the Council’s marine profile and to ensure that the issue would be prominent in the work of the Council, was, I believe, born among the Senior Arctic Officials themselves and then developed further by the Task Force.

How did you envision the process then and how does it compare to the Marine Mechanism webinar series that is just about to conclude?

The first meeting of the SMM was planned to take place 25-26 March 2020 in Akureyri, North Iceland. Nobody anticipated that this meeting could be conducted as a webinar. However, I must say that the webinar series spanning over a period of five weeks proved to be an exciting exercise. In my view, the content and format of the sessions was highly successful, thanks to well-prepared speakers and a very useful summary by the moderators. I don’t think that a two-day in person meeting would have been more successful.

One of the main aims of the SMM was to bring marine issues on a higher level within the Arctic Council system and this webinar series served that purpose well. As concluded by the SAO Chair, this meeting format – if well organized – is promising for future themed-based discussions as well, perhaps even more so than conventional meetings. Of course, it is fundamental to bring the right actors to the table in order to strengthen coordination and implementation of marine-related recommendations. Only experience will show if the new format fits the future needs of marine cooperation in the Arctic. 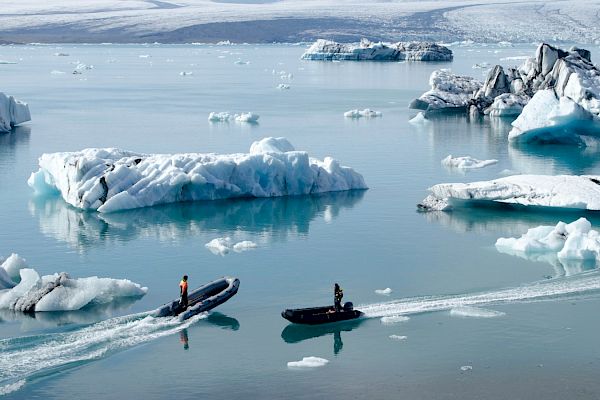 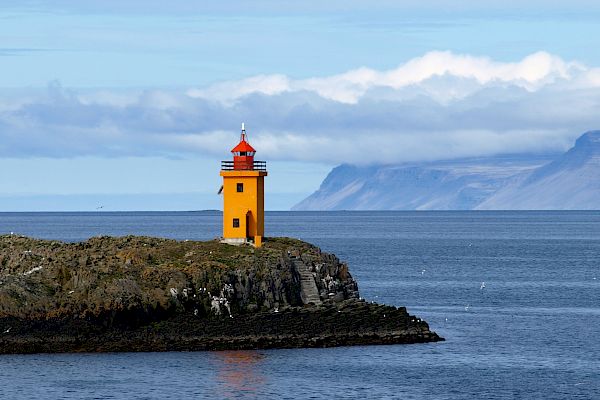