Arctic Contaminants Action Program
In honor of International Women’s Day on 8 March, we spoke with some of the women who work with the Arctic Council to learn more about them, what it means to be a woman in their field and their advice for young women. 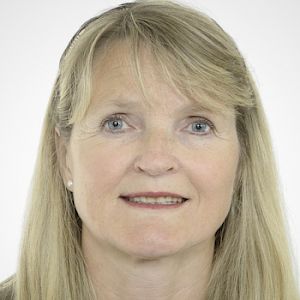 Inger Johanne Wiese is the Chair of the Arctic Contaminants Action Program (ACAP) Working Group. We spoke with Inger Johanne about how her interest in science spurred a diverse career in government affairs, the importance of higher education and staying up to date on scientific developments and how youth climate activists inspire her and others that work in Ministries.

What is ACAP and what type of work does it conduct?

We have four expert groups: Persistent Organic Pollutants (POPs) and Mercury Expert Group, Waste Expert Group, Indigenous Peoples Contaminant Action Program (IPCAP) Expert Group and Short-Lived Climate Pollutants (SLCP) Expert Group. Through our pilot projects we want to show the Arctic states and the wider population that it is possible to do something to avoid pollution in the Arctic, and we want the states to learn from our experiences, follow up with policy incentives and scale up to to achieve larger environmental benefits.

My education is based in political science and economics. When I was a young student, I also worked as part-time journalist and wrote articles on hydropower development and the conflict of interests with the Saami rights in Northern Norway. I began to work in the Norwegian Ministry of Environment in 1992 after 5 years in the Ministry of Petroleum and Energy. For the first 10 years I focused on climate change and energy, and worked for some years as a Deputy Head of the Section. Then I worked on the Barents cooperation in the High North. After that I spent a couple of years as an Environmental Counsellor at the Norwegian embassy in Beijing, which was very interesting. Later, I returned to Norway and was Deputy Head Section of the High North Section in the Ministry, and was asked to take the role as a Project Leader for the FRAM High North Research Centre for Climate and the Environment (The Fram Centre) in 2009-2010, to establish the Center. I have also spent half a year in the EU Commission in DG Environment and worked on marine issues. I have been participating the work of ACAP for around five years, and I have been the Chair for almost a year.

In high school when I studied sciences, I gained a special interest in biology, chemistry and ecosystems. I was interested to pursue a higher education in a field related to those sciences, and ultimately, I ended up pursuing political science and economics to get better tools for policy development. After I had worked for some time, I also got a master’s degree in economics to complement my master’s degree in political science.

What is the most interesting project you have worked on and why?

I have worked on several issues, but I can mention one concrete example. In 2009 I was asked to take over as a Project Leader for The Fram Centre, an establishment that is home to institutions that carry out research, consulting, management and dissemination in science. I worked together with representatives from six other ministries, and we were able to set up the structure, establish the Centre and have it approved by the government. We had an opening at the Fram Centre with the Norwegian Prime Minister at the time, Jens Stoltenberg, and four Ministers – that was quite an opening ceremony. I was proud of that. We were also able to provide funding for the flagships that started up at the Centre and co-operation with China. So far, the research results from Centre have been very good and relevant to many users. There is also an evaluation that shows how well the institutions cooperate, and the Fram Centre has become a success story.

“When you work in a role that combines science with government, you deliver policy advice to politicians, but ultimately, the politicians are the ones deciding the policies. We can only give them advice based on the best science.” Inger Johanne Wiese

It is very important to follow up on and to be updated on a scientific basis, but this can be a challenge. Science develops tremendously fast. There are a number of new scientific reports coming out and pointing to the alarming trends for the globe such as climate change, biodiversity, toxic substances, resource use and so on. Specifically, when you work in a role that combines science with government, you deliver policy advice to politicians, but ultimately, the politicians are the ones deciding the policies. We can only give them advice based on the best science. Furthermore, it is important to collect and synthesize science to make it understandable to politicians and the public. We also have to ensure that we have our own ongoing research, analysis and assessments that gives us sufficient scientific basis for our advice.

“We know that we have not achieved enough, so we need to continue our long-term efforts and work as efficient and smart as possible. It is very important that the public are following the policy developments and speaking up when they need.” Inger Johanne Wiese

What advice do you have for young women who are interested in pursuing a career in government affairs?

Most important for women, and men, is to pursue higher education. It is also smart to try to get an internship, whether it is in public administration, an embassy, civil society organization, business or even the ministries to achieve relevant job experience. It is promising to see that young people today are engaged in environmental issues. Civil society organizations play an important role, in addition to innovative business and industries to find environmentally friendly solutions. It is inspiring. It also gives us support for our work. However, we know that we have not achieved enough, so we need to continue our long-term efforts and work as efficient and smart as possible. It is very important that the public are following the policy developments and speaking up when they need.