Historical Context: Influenza and other epidemic infectious diseases in the Arctic

Pandemics have repeatedly struck the Arctic dating back to medieval times when the Plague reached the northern hemisphere. Smallpox was a great killer, cholera was introduced, tuberculosis was and still is a devastating disease and various influenza pandemics have raged in the Arctic, the worst of which was the 1918 pandemic. Measles, mumps, polio, HIV/AIDS and the H1N1 pandemic in 2009 have all struck the Arctic before the occurrence of the coronavirus pandemic. The experiences of previous pandemics offer important lessons for today.

Being part of a small, remote and isolated community presented clear risks in the Arctic during the 1918 influenza pandemic, often referred to as the Spanish Flu. In Alaska, there were communities where the entire population died. The remote location of Arctic communities often means that the successive immunization that usually takes place in populous towns does not happen. Remote populations are particularly susceptible when the virus reaches them, as witnessed by many Indigenous peoples in Latin America during the smallpox and measles epidemics in the 16th century when the disease was introduced by the conquistadors.

The result is often devastating. Moreover, the later waves of a pandemic are often more aggressive. For example, the 1918 influenza pandemic reached Arjeplog Municipality in Northern Sweden as late as 1920, but the result was that the parish had the overall highest flu mortality in the whole of Sweden. Further, elderly Arctic people had lower immunity during the 1918 influenza pandemic due to limited exposure to similar viruses 1890-1917. On the other hand, depending on the epidemiology of the disease, remote communities can also be spared due to being disconnected and never experience the virus.

Biological and social contexts interact to influence the impact of pandemics. The mortality pattern has changed significantly over the past 500 years, and Western development has gone from rampant infectious diseases to more man-made causes of death such as cancer and cardiovascular diseases. Life expectancy has increased, and our knowledge has improved. The Arctic, especially the Indigenous peoples, have a double burden in that a great part of the region remains in a pre-transition state of the epidemiologic transition. They suffer from a higher risk for pandemic influenza due to chronic underlying health conditions, infectious diseases such as tuberculosis, inadequate access to health care, delayed seeking of care and a chronic lack of basic infrastructure. The people in the Arctic, however, also suffer from the more modern Western causes of death.

It is much easier for a virus to spread in the present-day, even to remote places. There were three main ways the 1918 influenza spread: among military that lived in close proximity and traveled all over the world, among migrant workers constructing railway systems, working in the forest industry and in mining, and with passengers arriving from long distances with ships.

Indigenous peoples of the Arctic have almost always had higher pandemic mortality. Smallpox, measles, tuberculosis and the 1918 influenza were all more devastating in Indigenous communities. Many present-day communities have excess mortality rates from a number of infectious diseases, such as pneumonia, influenza, tuberculosis, chronic otitis media, respiratory tract infections, hepatitis B virus infection, sexually transmitted diseases, Heliobacter pylori infection, parasitic infections and bacterial zoonosis. Indigenous peoples in North America suffered disproportionally from the H1N1 influenza pandemic in 2009. However, Indigenous knowledge has been useful throughout history to allow for flexible and adaptive responses to pandemics and strengthened resilience. For example, the Saami in Scandinavia managed to evade smallpox infections due to a correct understanding of the spread of the disease and pragmatic action.

Many Arctic communities experienced underdeveloped medical health care systems and infrastructure. As a result of the 1918 influenza pandemic, more medical professionals were recruited to rural areas, and health care stations were established.

Local authorities and the state

The local and state authorities and governments have responded differently during pandemics across the Arctic. The devastating tuberculosis outbreak forced states to act in the early 1900s with varying degrees of success. They allocated funding for nursing homes and gave grants to doctors to improve competence in diagnosis and treatment and building sanatoria. The interplay between local, regional and central authorities has been important.

During the 1918 influenza pandemic, the information communicated to the public was limited. Newspapers wrote surprisingly little about the 1918 pandemic and many did not have access to newspapers, and this was before the radio era.

The medical health care and social systems in the rural North had been marginalized for a long time when the 1918 influenza appeared. There was a lack of nursing homes, hospitals, trained medical personnel and equipment. Vulnerable groups such as the elderly and poor have often been disadvantaged.

Mortality, and to some extent morbidity, of epidemic infectious diseases have been documented in official registers since the 18th century. Knowledge about the numbers of infected and deceased are crucial for a correct understanding of the outbreaks. This is also true today. Inconsistent and incompatible data has always been a challenge, and there is a need to develop relevant indicators. Moreover, population projections are important for a correct understanding of the demographic future of the Arctic. Using the definition of the Arctic region given in the Arctic Human Development Report II (2015), the Arctic has four million inhabitants, and that will not change significantly in the near future. However, different areas of the Arctic will diverge due to substantial population growth in Alaska, Yukon, Nunavut, Iceland, Troms, Khanty-Mansi Autonomous Okrug and Chukotka, while Kainuu, Northern Karelia, Lapland, Komi, Arkhangelsk, Murmansk and Magadan can expect a population decline. This has a strong impact on future pandemics. 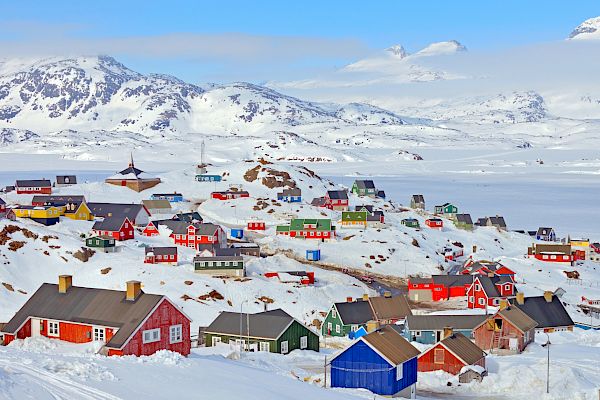 Coronavirus in the Arctic: It is imperative to keep the virus out 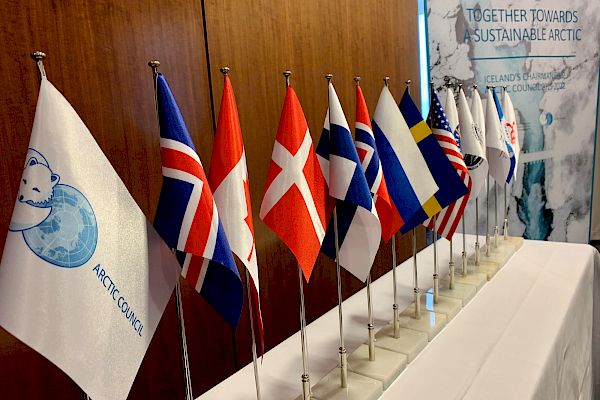