Reflections on the Past and Future of the Arctic Council

Соединённые Штаты АмерикиPathways25th Anniversary
Happy Birthday to the Arctic Council! On the twenty-fifth anniversary of the Council’s founding under the Ottawa Declaration, the international community has the opportunity to celebrate a truly meaningful achievement. The Council has not only shown itself to be a great success, but it is also able to mark the development of a cooperative regime that has few if any equals.

Twenty-five years ago, someone showing up at the reception desk at the State Department in Washington and asking to speak to an official in charge of Arctic policy would’ve been greeted with a blank stare. In 1996, of course there was an awareness of the region in the minds of some American policymakers, reflecting concerns about regional defense issues and relations among northern countries. There was even a relatively brief White House policy document covering both Arctic and Antarctic policy. But the notion of a coherent policy for the region hadn’t fully formed. Then, Canada (and in particular its Inuit leader and Ambassador for Circumpolar Affairs, Mary Simon) proposed to transform the basic elements of the Arctic Environmental Protection Strategy through the creation of a high-level forum focused on sustainable development and environmental protection at which Indigenous peoples’ organizations would play an essential role. We in the United States didn’t know it at the time, but it was an historic moment.

Our reaction in the U.S. government was, as is common with anything new, apprehension. What was the real purpose of this initiative? Would it create an unwieldy “United Nations” of the North? Would it be expensive or bureaucratic? Would it create expectations of a body that could undertake operational responsibilities, but in fact had no real ability to respond?

Being wary of the political designs, the U.S. insisted on negotiation of procedural rules after the Ottawa Declaration was signed but before the real work of the Council would begin. I was sent off to negotiate those rules with worthy counterparts like Canada’s Bernie Funston. That effort consumed much of the first year of the initial two-year Canadian Chairmanship.

Those initial stages, with diplomats from the eight Arctic States moving forward cautiously in a new enterprise, started to build the framework for what we have today. But the contrast between then and today is quite stark. The meetings of Ministers in Iqaluit and Barrow first took place in church halls and middle school gymnasiums, with a modest number of people sitting on folding chairs. In the early days, the feel of the meetings was very different; still ceremonial with the presence of many Arctic leaders, but more intimate. Today, we hold such meetings in convention centers with lots more people – all (no longer just some) of the Foreign Ministers, their retinue, Observers and media. 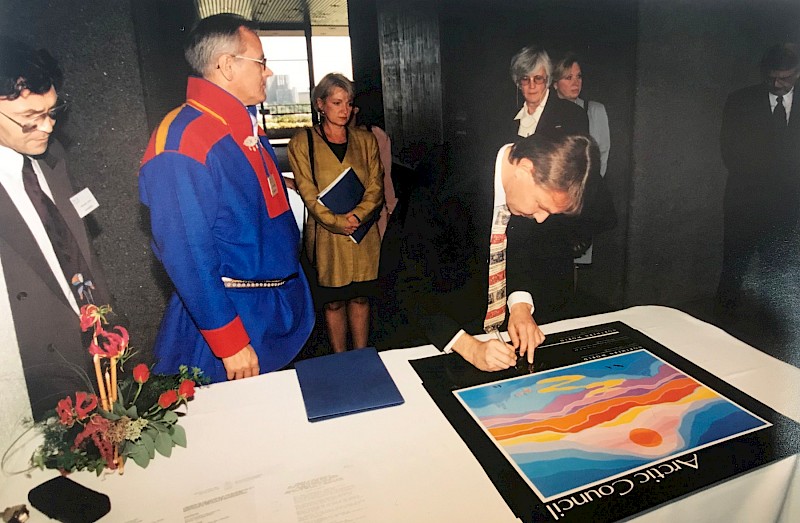 Why did this change occur? There’s no question that climate change vastly increased the importance of the work done within the Council and the desire of Arctic States to speak through that medium. In the past two decades, it became common knowledge that an entire region of the planet was opening up – to shipping, increased commerce, tourism and contacts generally. And it was clear that clues to the mysteries of the changing climate would need to be unlocked via science pursued at the poles.

Moreover, the region is characterized by land surrounding an ocean, and that ocean is closest to the Arctic States but ultimately (or perhaps eventually) accessible to all. An ocean invites international attention, even if states in the region have a greater presence than others in that marine space.

Unlike other international bodies, this one involved Permanent Participants representing Indigenous peoples from the region, sitting at the table with the states and having full consultation rights in connection with the Council’s negotiations and decisions. The Permanent Participants aren’t Observers, a category of participation quite familiar in international organizations. Rather, they’re essential elements of the Council’s organization and structure. They have a voice and influence that Indigenous representation on governmental delegations could never provide.

The requirement contained in the Ottawa Declaration that the Council would operate only by consensus of the states meant that nothing in the Council would occur that would embarrass or undercut any state. As it was pointless to push too far any policy that would promote discord, the Council channeled its energies toward cooperative ventures. The Arctic States saw that this worked well, and confidence in the Council increased in the relevant capitals. As a result, those states put increasing resources into the Working Groups of the Council, leading to more and more concrete results and a sense that the Council wasn’t just a forum for discussion, but also a practical organization that gets things done.

The Council produced the Arctic Climate Impact Assessment, a landmark study. It issued the Arctic Marine Shipping Assessment, also greatly influential internationally. The Arctic Council has, via its Chairmanship, spoken out at the United Nations, the International Maritime Organization, the UN Framework Convention on Climate Change and other places with one voice and with some impact.

The Council made three successful forays into international law, providing the structure for negotiation of three treaties among the Arctic States on issues of critical importance: search and rescue, oil pollution preparedness and response, and scientific cooperation. All of those treaties have entered into force and are serving their intended purposes.

Despite East-West frictions that makes cooperation in many other regions and on many topics difficult, the Council has been the core of a “safe space” for cooperation. The U.S. and Russia have been able to work together productively within the Council when other avenues were closed off. I saw this distinctly in the Council’s Task Force on Scientific Cooperation in 2013-16 when my Russian co-chair and I worked constructively and with common purpose to lead efforts to draft and ultimately conclude the Agreement on Enhancing Arctic Scientific Cooperation. This ability to work together in the Arctic context bodes well for the upcoming Russian Chairmanship of the Council. 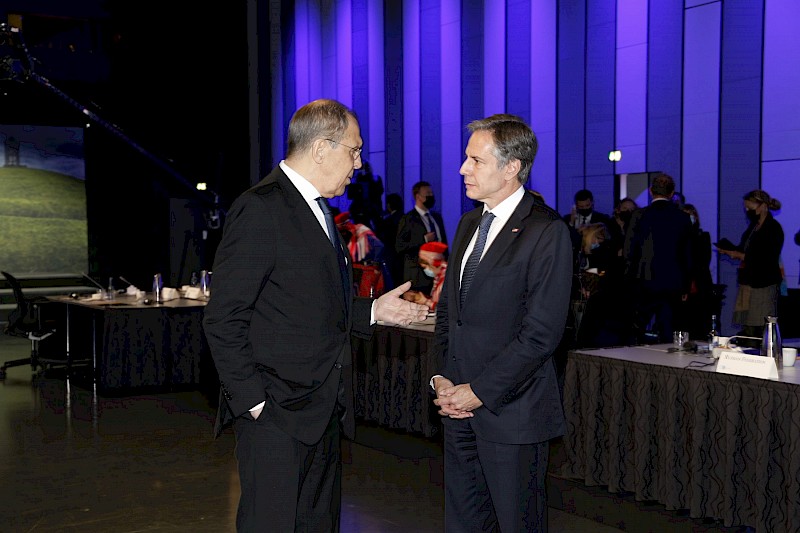 One measure of the relevance of the Council is the extent to which non-Arctic States and others wish to join in. There are now thirty-eight Observers, thirteen of which are states. The commitment shown by non-Arctic States to contribute to the Council, and the continuing desire of states to apply for Observer status, demonstrate that there’s broad interest in the Arctic and thus in the Council as an effective and essential forum. Despite suggestions that Arctic diplomacy can be practiced in other places, like at the United Nations, the reality is that the Arctic Council offers a unique opportunity for interchange among states. It remains the most important diplomatic forum for the region. The biennial Ministerial meetings of the Council have become a critical moment in the world’s diplomatic calendar. With the presence of all the Foreign Ministers of the Arctic Eight, the event brings international attention to the Arctic and to the Council’s seminal role in Arctic politics.

The Council isn’t perfect. No international forum or organization can be. There is so much beyond its current capacity that needs to be done to advance sustainable development for Arctic communities and to protect the environment. There are numerous economic, political and other challenges for Indigenous peoples and local communities throughout the Arctic that go unaddressed. The Arctic States continue to face internal challenges balancing the interests of their Arctic and non-Arctic citizens. So much more needs to be done on Arctic health, connectivity, adaptation to climate change, energy security, marine conservation, etc.

Military security issues aren’t addressed by the Council, even though there are significant geopolitical and security issues present in the Arctic (as elsewhere). Some call for the Council to be reformed or enlarged, to increase its jurisdiction to become a more regulatory body, or even to expand its membership. There’s no end to the challenges in the region, and the Council won’t address all of them, nor is it designed to.

Regardless of whether the Council meets its potential or could be improved, it now plays a role that goes beyond what it accomplishes in the projects it undertakes in its regular two-year work cycle. In its current form, it contributes meaningfully to making the Arctic a region of stability and minimal conflict – which is perhaps its most important role. It keeps the Arctic States talking among themselves; open channels of communication have a positive impact. Those channels are open at every level, among the Senior Arctic Officials, among the many participants of the Working Groups and at national leadership levels as well.

At a time when the efficacy of multilateralism has been questioned, the Arctic Council has been an encouraging example of regional cooperation. We’ll see if the Arctic States have the wisdom to protect and build on what they’ve accomplished through the Council. The prospects for that, given its positive track record so far, appear to be rather good. 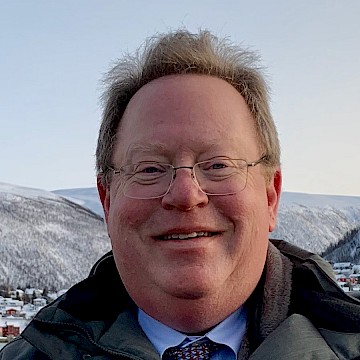 Evan Bloom is a Senior Fellow at the Polar Institute of the Woodrow Wilson International Center for Scholars. He was formerly a senior diplomat at the U.S. Department of State and represented the United States in Arctic diplomacy, including during the initial efforts to establish the Arctic Council.