Mercury and toxic cocktails affect the Arctic ecosystems, wildlife and human health – How to take action?

In September 2020, the Arctic Council's Arctic Contaminants Action Program (ACAP) brought together 67 experts and representatives of the Arctic States, Permanent Participants and Observers to discuss mercury-related challenges in the Arctic, as well as available regulations and instruments, and possibilities to enhance cooperation to reduce pollution. The focus of the webinar was on mercury and its combined effects with other contaminants on ecosystems and human health. Tackling mercury pollution is a priority for the ACAP Working Group. Why is it an issue in the Arctic?

Mercury pollution stems from different anthropogenic sources such as small-scale gold mining, coal power production and other industrial activities including metallurgy and cement production, and also from waste inceneration. The Arctic has become an unfortunate recipient of mercury from other parts of the world, transported over long distances by wind streams, in particular from coal power stations in Asia. Exposure to mercury poses a threat to human health, especially for pregnant women and infants, causing serious health problems, including changes in the nervous system, as well as brain damage.

The Arctic Council has built up a network of experts for reducing mercury pollution. The Arctic Council’s Arctic Monitoring and Assessment Programme (AMAP) lays a foundation for ACAP’s efforts to launch pilot action projects aiming at prevention and reduction of pollution into the Arctic. ACAP’s Expert Group on POPs and Mercury develops, coordinates and facilitates Arctic Council demonstration projects that contribute to monitoring, detection and reduction of releases of POPs and mercury into the environment and encourages Arctic States to follow up. For example, ACAP’s Mercury Risk Evaluation, Risk Management and Risk Reduction Measures in the Arctic (ARCRISK) project was developed after the ratification of the Minamata Convention (MC) on mercury that entered into force in 2017. The convention aims to “protect the human health and the environment from anthropogenic emissions and releases of mercury and mercury compounds.” 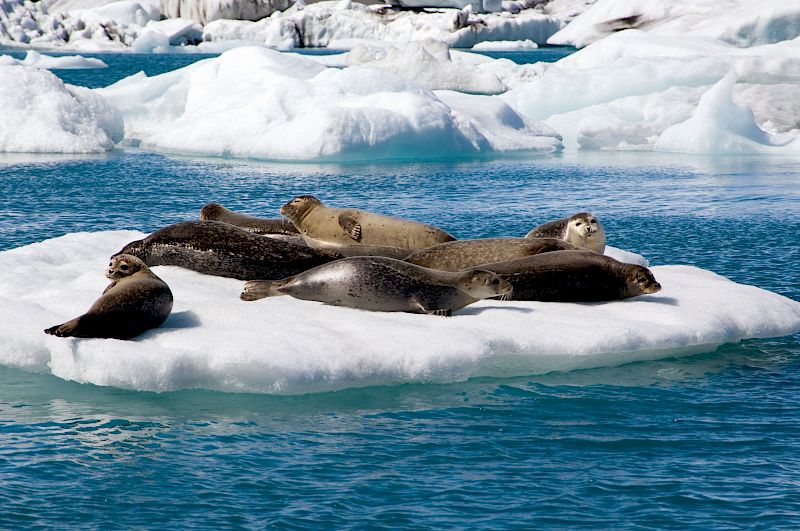 At the Mercury Webinar in September 2020, experts from Sweden, Norway, Russia, Canada and the United States presented their efforts to eliminate, reduce or remedy negative effects of mercury pollution/cocktails of contaminants through individual projects, national policies and regulations to follow up on the Minamata Convention.

ACAP sees the September webinar as one of the steps in paving the ground for a more dynamic expert network for continuous interaction between different research, monitoring and action entities to ensure relevant, feasible and successful response to the challenges at hand.

Mercury and POPs are carried into the Arctic from different parts of the world via long-range atmospheric transport as well as by ocean currents and rivers. As a result, POPs and mercury (MeHg) bioaccumulate in organisms and through the marine food web, generating concern for the health of exposed wildlife and fish as well as Indigenous peoples that consume these food items as part of a traditional diet.

Wildlife at the top of Arctic food chains, such as polar bears, walrus and reindeer, are of great importance to Indigenous communities across the Arctic. Therefore, the potential cumulative and combined effects of POPs and mercury may be detrimental for Indigenous peoples and local communities. In addition to these cocktails, other environmental stressors, and in particular climate change, have significant effects on wildlife and ecosystems in the Arctic.

Biological effects of contaminants on Arctic wildlife, fish and communities

AMAP released its Biological Effects of Contaminants on Arctic Wildlife and Fish Assessment Report in 2018. The assessment underscores that Arctic wildlife and fish are exposed to a complex cocktail of environmental contaminants. These include past releases of POPs, new chemicals, mercury and other pollutants that, in combination, may increase the risk of biological effects. AMAP has identified polar bears, killer whales and birds as being at a particularly high risk of negative health effects or population impacts. 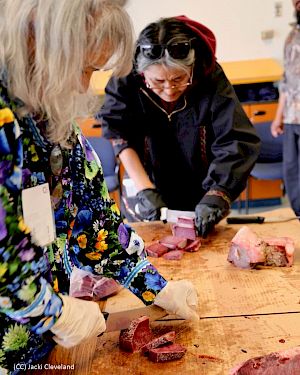 The high contaminant levels observed in some Arctic wildlife could pose a concern for the health of Indigenous communities reliant on subsistence harvests as part of a traditional diet.

Many Indigenous communities of the Arctic rely on locally harvested fish, seabirds and marine mammals as part of their traditional diets. Some of these Arctic species contain levels of PCBs and mercury sufficient to place them at a higher risk of biological effects. However, additional research into potential human health impacts is needed. Sustained efforts to disseminate research findings and promote awareness of public health concerns will also be crucial in supporting healthy communities.

Taking action on reducing mercury in the Arctic

The Minamata Convention serves as a reminder of "Minamata disease" that revealed high toxicity of mercury several decades earlier. It took many years before researchers could detect the link between mercury pollution and health conditions, primarily due to resistance by the chemical companies responsible for the pollution. When the link was made, it took time before global action was coordinated and Arctic stakeholders cooperated.

Arctic cooperation on this issue is important due to the long-range transport of toxic substances from other parts of the world. ACAP’s pilot projects should lead to scaling up of actions to regulate emissions and releases of mercury and strengthened measures at the national level. 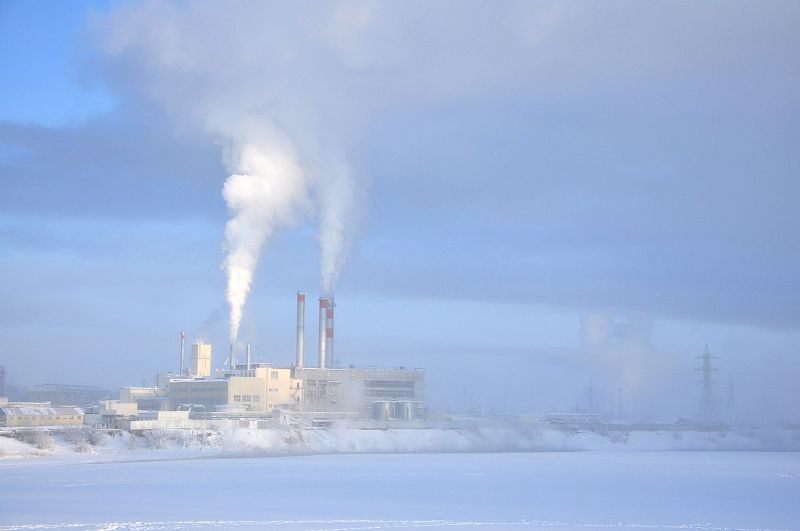 The ACAP ARCRISK project's main objective is to develop an action plan with targeted risk reduction measures for mercury releases from key sources to land and water in the Arctic. The project, developed by the ACAP Expert Group on Persistent Organic Pollutants and Mercury, has produced an inception report that details the practical implementation of the project. A funding application for the implementation phase of the project has been sent to Arctic Council's Project Support Instrument (PSI).

Arctic rivers are a known source of mercury to the Arctic Ocean, yet risk management practices between Arctic Council States are varying. A central part of the project is, therefore, to carry out a risk assessment of mercury exposure in the Arctic, focusing on four river systems; the Mackenzie river in Canada, the Pasvik river in Norway and the Niva and Northern Dvina rivers in Russia. The risk assessment will take into account known anthropogenic sources such as mining and metallurgical industries, pulp and paper mills and municipal wastewater. In addition, the project will include analysis of effects of climate change that can remobilize mercury from the thawing permafrost.

Based on the risk assessment, feasible and efficient risk management and risk reduction measures will be developed in collaboration with relevant stakeholders such as local and national authorities, industrial enterprises and Indigenous communities. Based on these measures, an action plan for two to three sources at each case study location will be developed and the likely impact of its implementation will be assessed.

The project implementation is led by the Norwegian Institute of Water Research (NIVA), together with institutes in Russia, Canada and the U.S., and the results are reported back to the ACAP WG and the Arctic Council.