Introducing the new AMAP Chair: “We can only be as good as the people who participate in AMAP”

ClimateThe United StatesArctic Monitoring and Assessment Programme
Throughout his career, Benjamin DeAngelo, the Deputy Director for NOAA’s Climate Program Office, has navigated the space between science and policy, a valuable skill for the new Chair of the Arctic Monitoring and Assessment Programme (AMAP) as he leads the Working Group for the next two years. Let’s get to know the former geography student who has gained experience in several U.S. science agencies working on climate change and other environmental issues. 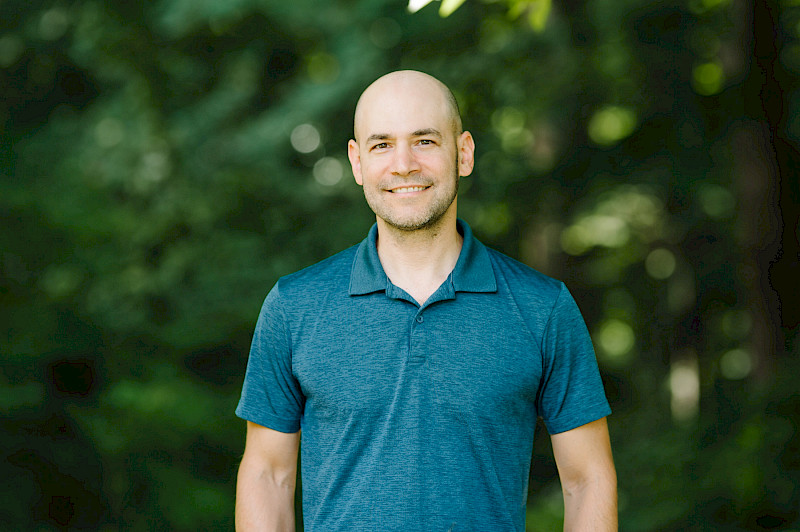 Benjamin DeAngelo feels that he is at the right place at the right time. Climate change is once again topping the agenda in the United States, and there’s a strong interest to see U.S. scientists and agencies reengage on the climate issue internationally. It therefore comes to no surprise that DeAngelo, who goes by Ben, experienced strong support from his home institution, the National Oceanic and Atmospheric Administration (NOAA), when he became the Chair of AMAP in May 2021. “The fact that AMAP’s work is so heavily focused on climate change makes it an excellent fit for me,” said DeAngelo. “My day job would be busy enough without chairing the Working Group, but I do this because I really want to. The issues AMAP is tackling are so important,” he said.

"My day job would be busy enough without chairing the Working Group, but I do this because I really want to."

The issue of climate change first captured DeAngelo's attention when he was an undergraduate student at Pennsylvania State University “The department offered dedicated courses on the issue, and I became hooked,” DeAngelo said. He has worked on the issue ever since – first during his graduate program at the University of Toronto, then at the U.S. Environmental Protection Agency (EPA), the U.S. Global Change Research Program, the White House Office of Science and Technology Policy, and now at NOAA.

Already during his graduate studies, DeAngelo started to work at the interface of science and policy – another topic that has shaped his career and eventually got him in touch with the Arctic Council. In 2009, the State Department got involved in the newly established Arctic Council Task Force on Short-lived Climate Forcers. DeAngelo was working on black carbon from a climate perspective at EPA when he was asked if he would serve as Co-Chair.

Understanding the climate influence of black carbon, or soot, was an emerging issue at the time. It had not been formally incorporated in any climate policies and there were many unknowns both on the science and policy side. The idea to contribute to this issue appealed to DeAngelo. He served as co-chair for both cycles of the Task Force, which eventually would lead to the Arctic Council’s Framework for Action on Enhanced Black Carbon and Methane Emissions Reductions and a collective goal on black carbon.

His involvement in the Task Force also introduced him to the work of AMAP. The Working Group was focusing on the scientific aspects of black carbon emissions and there were natural synergies that made the two groups collaborate during the four years the Task Force was active.

The Task Force was one example of DeAngelo’s experience of balancing between the world of science and policy, but another one was maybe an even more important learning experience. “When I worked at EPA, I was the technical lead of what became known as the Greenhouse Gas Endangerment Finding – a formal decision under the Clean Air Act that confirmed that greenhouse gases are harmful to public health and welfare”, he explained. This determination was prepared in response to a U.S. Supreme Court decision that EPA did indeed have the authority to regulate greenhouse gas emissions.

"Until this day, this entire exercise has influenced how I approach many tasks. It taught me to be as clear and simple as I could in my writing.”

Yet, in order to exert this authority, EPA had to make a formal finding that greenhouse gases endanger public health. “It was an exercise in synthesizing and communicating the science, and all the way working hand-in-hand with lawyers,” DeAngelo said. “Ultimately everything would be scrutinized by the court, there was a legal challenge and the court upheld everything we did. Until this day, this entire exercise has influenced how I approach many tasks. It taught me to be as clear and simple as I could in my writing.”

Communicating clearly to a non-expert audience was a skill that would serve him well, especially as he got reengaged in AMAP’s work around three years ago. “The opportunity presented itself to me to become the U.S. Head of Delegation for AMAP and I said yes, as I was very interested in getting involved again.” For the past two years, DeAngelo has also been the Vice-Chair of AMAP and from there the way into the Chair’s seat was not too far. “It’s common practice that the Vice-Chair becomes the Chair of AMAP and my colleagues in the Working Group were supportive,” he said.

Three priorities for an ambitious Chairmanship

During DeAngelo’s first meeting as AMAP Chair this past June, he spelled out three major priorities that he hopes AMAP will focus on for the next two years. “I want AMAP to act as a credible and visible communicator about what is happening to the Arctic environment, how it is changing and what the implications are for public health and society,” he said. “It’s important for the rest of the world to know what the Arctic could look like under a scenario of a 1.5-to-2-degree Celsius increase, or even higher levels of global warming.”

"I want AMAP to act as a credible and visible communicator about what is happening to the Arctic environment, how it is changing and what the implications are for public health and society."

Scientific integrity and transparency are another priority. “I think it’s very important that AMAP maintains a good reputation on scientific integrity and transparency,” he said. “That means we need to continue to have authoritative reports and that means that we need to continue to attract world- class scientists to participate in our assessments.” AMAP has a track record of recruiting renowned experts, many of whom have volunteered their time to contribute to AMAP’s assessments and reports. “We owe them gratitude,” he said. “We can only be as good as the people who participate in AMAP.”

Number three on his list but by no means less important, is the meaningful engagement of Arctic Indigenous Peoples in AMAP’s work. “I think we need to increasingly consider dedicated products that are tailored to the specific needs and questions of Indigenous Peoples - for example, where AMAP can provide information that could help to inform decisions,” he said. “We need to ensure that Permanent Participants are involved from day one of any assessment or report we develop. It’s so important to have that early engagement, otherwise it can be too late to make the correction later in the process.”

These are the priorities that DeAngelo outlined. They are not the only important topics for AMAP during the Russian Chairmanship of the Arctic Council, but they can serve as guiding posts for many ongoing and emerging processes.

Introducing the new CAFF Chair: “The Arctic is important for everyone”