Significant reductions in emissions of black carbon and methane and economic gains can be achieved if Best Available Technology (BAT) and Best Environmental Practices (BEP) are applied in existing oil and gas operations in the Arctic.

Rapid climate change is taking place in the Arctic leading to record high temperature increases and negative impacts as gradual melting of the Greenland Ice Sheet, ocean acidification, permafrost thawing, forest fires and increased frequency of extreme weather events. These effects have been analysed and described in the Arctic Monitoring and Assessment Programme (AMAP) reports, which lays the foundation for the work of the Arctic Contaminants Action Program (ACAP) Working Group.

Emissions of black carbon (soot) and methane are contributing to this rapid melting process. The Arctic States account for a significant share of the global emissions and have an opportunity to show leadership.

On October 27-28, 2020, the Arctic Council's ACAP Working Group held a webinar on Black Carbon and Methane from the Oil and Gas Sector, arranged in cooperation with the Ministry of Natural Resources and Environment of Russia, the Nordic Environment Finance Corporation (NEFCO) and Carbon Limits. Over two days, the ACAP webinar brought together 85 experts representing governments of the Arctic States, the Arctic Monitoring and Assessment Programme, the Expert Group on Black Carbon and Methane (EGBCM), Arctic Council Observers, relevant industries operating in the Arctic, international partnerships and initiatives, as well as the scientific community. The objective was to share knowledge and perspectives, and discuss ways to enhance efforts addressing issues related to black carbon and methane emissions from the oil and gas sector, which account for a major share of the emissions.

The webinar showed that over the last decade significant steps had been taken. Both the Arctic Council subsidiary bodies and different public-private partnerships and international initiatives (such as the EU Initiative in Support of International Action on Black Carbon in the Arctic; Zero Routine Flaring by 2030 Initiative; Oil and Gas Climate Initiative; Oil and Gas Methane Partnership of the Climate and Clean Air Coalition; Methane Guiding Principles and UNEP) have contributed to building up knowledge and strengthening the scientific foundation for voluntary efforts and government policies and regulations regarding black carbon and methane emissions from oil and gas production. There is a need for improvements in monitoring, reporting and verification, but there is enough knowledge to act, strengthen existing measures and introduce new ones. 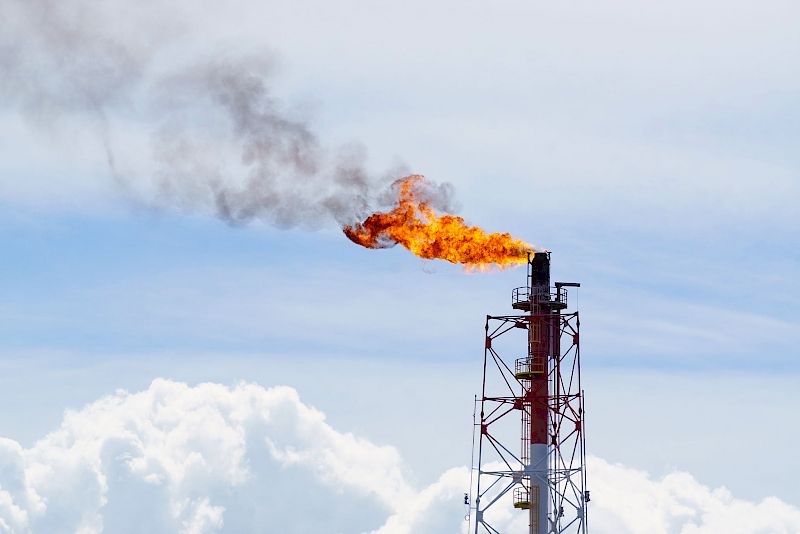 Several projects aimed at reducing black carbon and methane emissions from oil and gas operations have already been implemented in the Arctic. ACAP completed a study on mitigation of short-lived climate pollutants (SLCP) from associated petroleum gas (APG) flaring. The analysis was carried out by independent consultants VYGON Consulting (Russia) and Carbon Limits (Norway) in close cooperation with the Russian Ministry of Natural Resources and Environment and Ministry of Energy. The Russian oil companies Gazprom Neft and BerezkaGas also contributed significantly through their extensive experience to the implementation of APG utilization technologies in the Russian Arctic. The results of this project, which received financial support from the Arctic Council Project Support Instrument (PSI), show that significant economic and environmental gains can be achieved if Best Available Technology (BAT) and Best Environmental Practices (BEP) are applied.

Application of Best Available Technology and Best Environmental Practices, such as APG reinjection, compression of dry gas and monetization of light hydrocarbons at fields with certain characteristics are cost-effective options. Such measures may decrease the volume of SLCP emissions from the current 25 to 7 million tons of carbon dioxide-equivalents by 2025 in the Russian Arctic region. The project report also includes analysis of policy measures to cut emissions in different Arctic countries. It underlines that the Arctic States can learn from each other with regard to policy measures and see what has worked in other countries. In order to achieve these goals, more work must be performed in the field of transparency and coordination of methodologies to account for emissions and related forms of reporting used in different countries.

Scaling up of BAT and BEP is still a challenge, which requires political leadership, clear policies and regulations from governments, as well as commitment and engagement from the business and industries, and continued dedication from the scientific community. ACAP will continue to contribute in this direction.