Introducing the new EPPR Chair: “Emergencies do not recognize boundaries on a map”

ЧРЕЗВЫЧАЙНЫЕ СИТУАЦИИКанадаРабочая группа по предупреждению, готовности и ликвидации чрезвычайных ситуаций
Kathy Nghiem is the new Chair of the Emergency Prevention, Preparedness and Response (EPPR) Working Group. She brings with her a diverse background and a love of people – important qualities as she leads the Working Group through projects and initiatives that touch on some of the Arctic’s most high-stakes issues. Learn about Kathy Nghiem and her ambitions for Arctic emergency prevention, preparedness and response over the next two years. 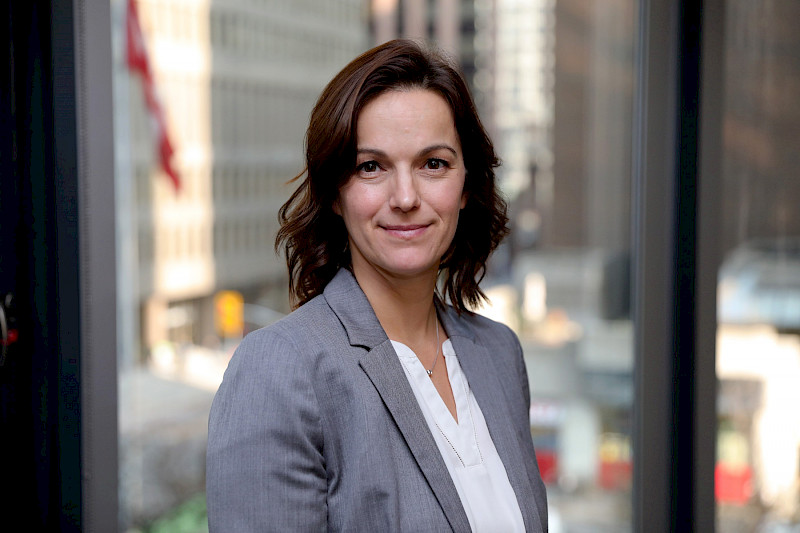 Kathy Nghiem isn’t afraid to step into new territory. In fact, she has on several occasions taken a leap of faith into completely new experiences. That explains how Kathy’s background in sociology has led her to working in Canada’s public service on Indigenous policy, then to the Coast Guard, to today where she also sits as the new Chair of EPPR.

“I joined the Canadian Coast Guard six years ago primarily to try something different. I was drawn to the opportunity to experience a completely new domain. It wasn’t long before I joined the policy team leading the development of the Coast Guard’s emergency response programs,” says Kathy Nghiem.

But there is a common thread through Kathy’s diverse experience: people. “When I take that leap of faith into new territory, it’s generally because of the people who are already working there. Joining a new group of people first and foremost makes me look past the doubt of how to learn a new, complex subject,” she says before adding, “you never know what’s going to happen, so why not try it?”

"Our EPPR family appreciates that emergencies do not recognize boundaries on a map."

Cooperation within and across borders

Kathy’s experience in developing emergency response programs is a natural fit with EPPR’s mandate, but her interest and desire to work with people goes to the heart of what the Working Group is all about: cooperation.

“I think it’s fair to say, our EPPR family appreciates that emergencies do not recognize boundaries on a map. Despite our differences, when it comes to preventing, preparing and mitigating the impacts of emergencies in the Arctic, we are incredibly similar. Focusing on our common interests, and sharing our knowledge and experiences are incredibly powerful tools to improving overall safety in the region and to support the resilience of Arctic communities,” says Kathy Nghiem.

Cooperation across borders is a key driver for EPPR’s work. It’s also what drew Kathy to the work of EPPR and the Arctic Council in the first place. After joining the Canadian Coast Guard with a focus on national programs, a few years ago she began participating in EPPR as Canada’s Head of Delegation. “It was after experiencing first-hand how Arctic States can come to the table to cooperate, first and foremost, on a wide range of complex challenges, that my appreciation for the Arctic Council really began to take shape,” she says.

Now as Chair, Kathy intends to keep up the collaborative spirit. While the coronavirus pandemic has moved meetings online, like many of us who have grown tired of looking into screens instead of faces, Kathy is looking forward to resuming meetings in person. “A lot of the bonding and camaraderie comes through the coffee breaks, shared meals, after dinner drinks, or the walks or runs around the hotel before or after meetings.” Although not even the limitations of the virtual realm could stop EPPR from starting a circumpolar movement focused on bonding through activity, called Arctic Council Active.

Another one of Kathy’s ambitions is to raise awareness of EPPR’s work and the tools that they’re developing. “There’s a wealth of resources on EPPR’s website, including online tools like the Circumpolar Oil Spill Response Viability Analysis (COSRVA) that helps emergency planners assess the viability of ten different marine oil spill response systems based on metocean conditions across the Arctic,” says Kathy. And if working in virtual mode is good for anything, it’s enabling greater participation in events and dissemination of information. Not just for those that live in the North, but people around the world who, in Kathy’s opinion, should also be interested in learning about the region because what happens in the Arctic will ultimately impact those in southern regions.

"Wildland fires are one of the early consequences of climate change, so this project is instrumental in helping EPPR tackle some of the evolving risks due to climate change."

Tangible work from the macro to the micro

One project under EPPR that demonstrates the need for cooperation across borders is the Circumpolar Wildland Fire Project led by Gwich’in Council International, one of the Indigenous Permanent Participants in the Arctic Council. The project team is working to improve international wildland fire response by developing a compendium of best practices to better understand responsibilities in wildland fire management across Arctic State jurisdictions, while exploring how Indigenous knowledge can help shape a more holistic response. “Wildland fires are one of the early consequences of climate change, so this project is instrumental in helping EPPR tackle some of the evolving risks due to climate change,” Kathy emphasizes.

"It’s inspiring to me how applicable, tangible and pragmatic the work of EPPR is."

While EPPR tackles emergencies like wildfires on a macro scale, the Working Group also focuses on the micro, namely with small remote Arctic communities. It has a proposal in the works with the Arctic Athabaskan Council to build an Arctic Risk Management Network (ARMNet) of local emergency management practitioners from small and remote Arctic communities to enable connections across and between communities, practitioners and academics to share knowledge and enhance the safety and resilience of Northerners.

Another initiative Kathy looks forward to is EPPR’s focus on integrating Indigenous knowledge into their projects and activities. “Since co-producing knowledge is relatively new to many of us at EPPR, we are working with Inuit Circumpolar Council to develop an educational session for our members to better understand how Indigenous knowledge can be mobilized and operationalized to better mitigate risks, inform response measures and improve outcomes for both operators and the communities directly impacted by emergencies in the Arctic.”

With direction to pursue activities that mitigate and/or reduce the impacts of accidents and emergencies that can be detrimental to the lives of Arctic inhabitants and the health of the environment, EPPR’s mandate can seem overwhelming at first. But for Kathy, this makes EPPR’s work more exciting. “It’s inspiring to me how applicable, tangible and pragmatic the work of EPPR is. It doesn’t take long to see how each of the discrete pieces advance our capability and capacity to prevent, prepare and respond to emergencies in the Arctic.”

And of course, the people make all the difference. “The people who participate in EPPR are just incredible human beings. We often refer to our community as a family because of the comradery that has developed over the years, and it is based on the pure and genuine interest to work together towards a common goal.”